The first orphanage visited this time was also the first I visited last year in Shah Alam. I was touched that the children remembered me from last year and were excited to see what we'd do this time :) Here we can be seen practicing Capoeira in the heat of the midday sun!... it was close to 40 degrees!! :)
Capoeira + donations to orphanage in Shah Alam 2010

The second orphanage was in Ipoh, Perak... quite some distance from Kuala Lumpur!... I was taken there by Hj. Asharani, who along with Faris and Pak Moa, had been instructing me in Silat Lintau, an Indonesian martial art. Moreover, Hj. Asharani is working on having local Lintau practitioners in Ipoh provide Lintau as a regular activity to the kids there!


I was taken to the third and fourth orphanages in Klang through my Shah Alam contact, Khalid. Many thanks to him. The third orphanage in Klang is in need of funding big time... there are alot of kids but not much space... many sleep on the floor... in one room there are 12 kids sharing 8 beds and the room couldn't have been more than 30-40 square metres.


I visited the fourth orphanage in Klang last year and was incredibly happy to see the kids again! We practiced some Harimau Silat and also did basic trigonometry together.... yes... mathematics (I am after all an academic eh!?)


I was taken to the last two orphanages in Gombak by Guru Hisham (Silat Lian Padukan). We made a monetary donation to one of them but since all the kids were somewhere else when we came we couldn't provide any activites... the 6th one though (also in Gombak) did have some kids present and we spent some time doing Capoeira, (trying) to learn to sing Capoeira songs and instruments and generally having a good time... Guru Hisham will further provide training in Silat Lian Padukan for free to any of these orphans that visit his Gelengeng!... the ball is rolling!!


My Australian 'brother from another mother' Luke Holloway (Raw Combat International) will be going to Malaysia next month (July 2010) to further our efforts for these children! GOOD LUCK MATE! 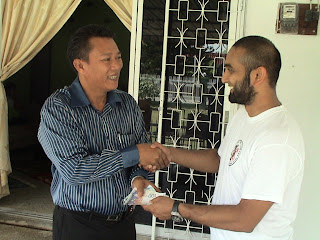 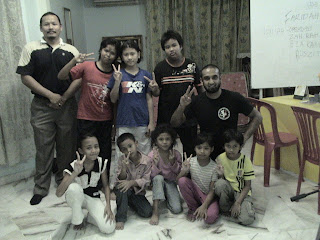 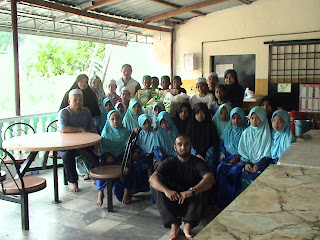