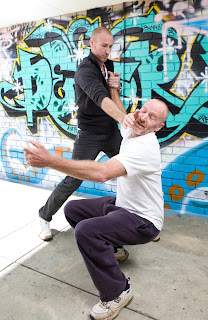 Sensei Michael Longman is a 2nd Dan Kempo Jujitsu black belt under the Australian Jujitsu Federation and is the founder and head instructor of Impact Jujitsu in W.A.

A modern system which has its roots in Japanese Kempo Jujitsu however also encompasses reality based self defence and is now teaching Brazilian Jiu-Jitsu through BJJ black belt and world champion Diogo Consoni.

Having trained in other styles previously Mike first began seriously training in Kempo Jujitsu in 2002 training hard under Shihan Ian Mason(6th dan) and his sons(4th dans). In early 2009 Mike officially launched Impact Kempo Jujitsu and then graded and achieved his 2nd Dan in late 2009 under the watchful eye of the W.A representative of the Australian Jujitsu Federation. 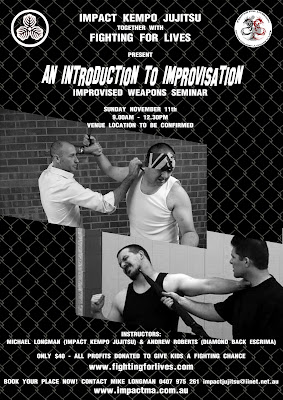