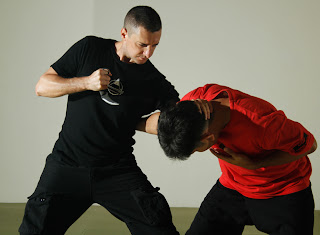 In 1998, following a lifetime dedicated to the Martial Arts, Guro Fred Evrard founded Kali Majapahit (KM), a Filipino Martial Arts system. The first 2 KM schools were opened in Moorea and Tahiti. In 2006, after a 4-year trip around the world for further studying fighting arts and traditional medicines, Guro Fred and his wife Katalungan Guro Lila, opened their 3rd KM school in Singapore. Today, KM is represented in Singapore, Philippines, Japan, Tahiti, France, Belgium and the US.

The philosophy behind Kali Majapahit is that Martial Arts training is not only about physical skills, focus and self-confidence, but also about reaching challenging goals, and building up our health and energy level. Every class will emphasize 3 aspects of the Art : Self-defense/Martial Arts culture, Health (including posture correction, breathing, nutrition, etc.), and Personal Development. A comprehensive curriculum makes our very efficient and unique Martial Art accessible for everyone.

Ecology is also part of our philosophy, as we know that our planet has been seriously injured by us, humans. It is time (tomorrow will be too late), to educate people on environmental issues and make the change for our world to be a better and cleaner place.

Our credo is simple : The World can only change when people change.

Hilot / Panloob na Lakas is the Health part of Kali Majapahit and completes the martial aspect of our system. Hilot is an old Filipino healing art, using massage, osteopathy / bone-setting, dietetic, posture correction, and other practices for both prevention and treatment of different conditions and sicknesses. Panloob na Lakas can be compared to Chinese Qi Gong, and is the Filipino word for Internal Energy.

Our Founder, Guro Fred Evrard, has been a martial artist for more than 33 years, teaching them for about 20 years, and owns 14 Black Belts and Instructor certificates in different styles of Martial Arts. He is also a CQC (Close Quarter Combat) instructor for different Law Enforcement Agencies and a former Red Beret (Paratrooper) in the French Army. The Kali Majapahit CQC program has primarily been influenced by FMA and by Tony Blauer’s S.P.E.A.R System.