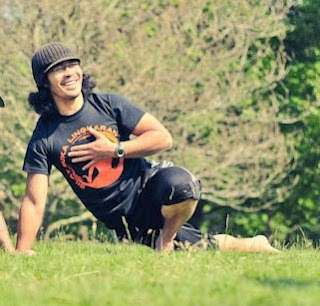 Alvin began his training in the martial arts at an early age, starting with Tae Kwon Do and Karate. But once he discovered Pencak Silat back in 1995 he felt it had a lot to offer him and was hooked ever since.

In 2003 he worked as one of the main Instructors at EastWest Studios in London’s Hendon Central where he helped run this full time martial arts, dance and fitness academy. His work at EWS soon created opportunities to conducting seminars throughout the UK and expanding further afield to Europe and the USA.

By mid 2006, Alvin finally completed the whole of the Satria Fighting Arts syllabus (the Silat name that was used at the time) from his teacher Steven Benitez, bringing him into his own journey in the martial arts world.

As you go through the journey of Silat your own flow and way will emerge. Like the Silat of old this was one of the ways that Silat systems were created and evolved. After years of training with Steve, Alvin has been granted permission to follow his own way and expression. The name he has given this expression is “Silat Buka Lingkaran” which translates “Silat Open Circle” describing the fluidity, velocity and connection of the movements, covering all ranges and angles.

Alvin now certifies instructors at their designated stage within the art, and continues to spearhead and create awareness of the developing and expanding Pencak Silat both nationally and internationally.